In April 2020, the City Council formally adopted its vision to reduce the number of serious injuries and fatalities on Daly City streets to zero by the year 2035. By also adopting the City’s Vision Zero Action Plan, the City identified several actions it can take that are statistically proven to make a difference in roadway safety. Safe, distraction-free driving by City staff is an important part of meeting that goal.

Vision Zero also means understanding where our City sees its most serious crashes. All crashes are bad, but crashes that result in fatal or serious injuries are even worse. The Vision Zero Action Plan’s analysis found that the vast majority of serious and fatal crashes occur on just 17% of the City’s road system, known as the High Injury Network. A map of Daly City’s High Injury Network is below. 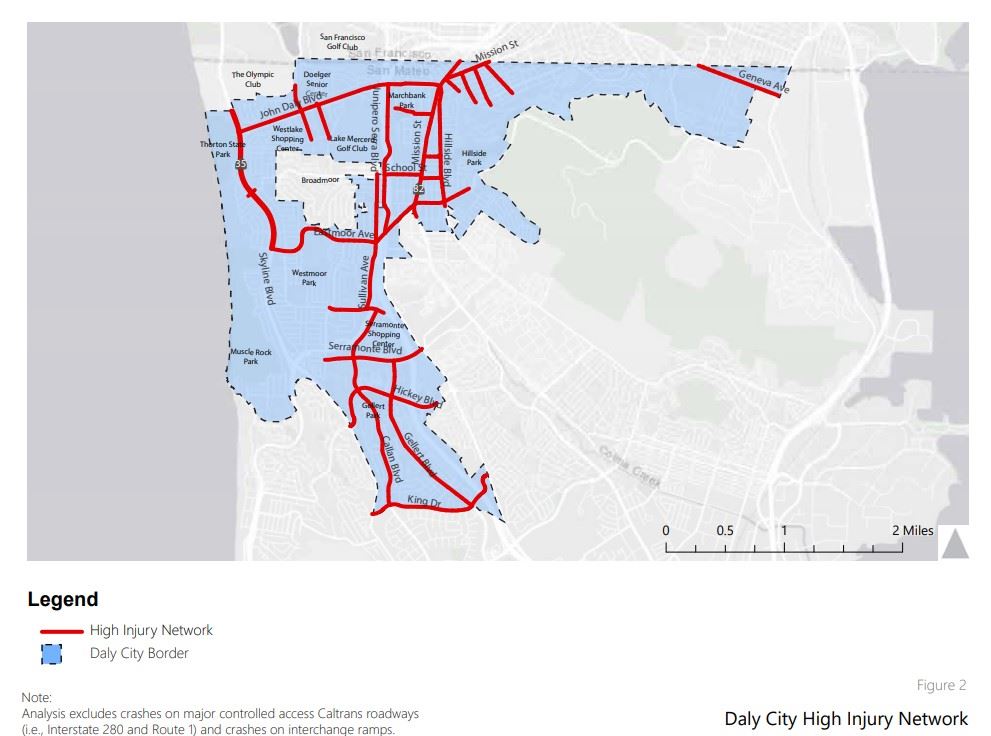 64% of all crashes and 83% of fatal or serious injury crashes occur along 17% of the City’s roadway network.

Nothing is more important than getting to your destination safely both as private citizens and when operating a City vehicle. Avoid distracted driving and use safe driving practices to keep yourselves and other safe.