Monday through Friday the Administrative Services Division is overseen by Lieutenant Mike Brennan. His telephone number is 650-991-8271

Lieutenant Mike Brennan started his career as a Police Officer for the South San Francisco Police Department in March, 2000. In October 2003, Mike became a Police Officer with the Daly City Police Department. During his time as an Officer, he served as an Agent with the San Mateo County Narcotics Task Force (SMCNTF), Task Force Officer with the Drug Enforcement Administration (DEA), Field Training Officer, K-9 Officer, and SWAT Team Member. He was promoted to Sergeant in October 2012.

During his five years as a Sergeant, Mike was responsible for the direct supervision of Patrol Officers, became a SWAT Team Leader, supervised the Crime Suppression Unit and was assigned to the Bureau of Alcohol Tobacco and Firearms (ATF) as a Task Force Officer. 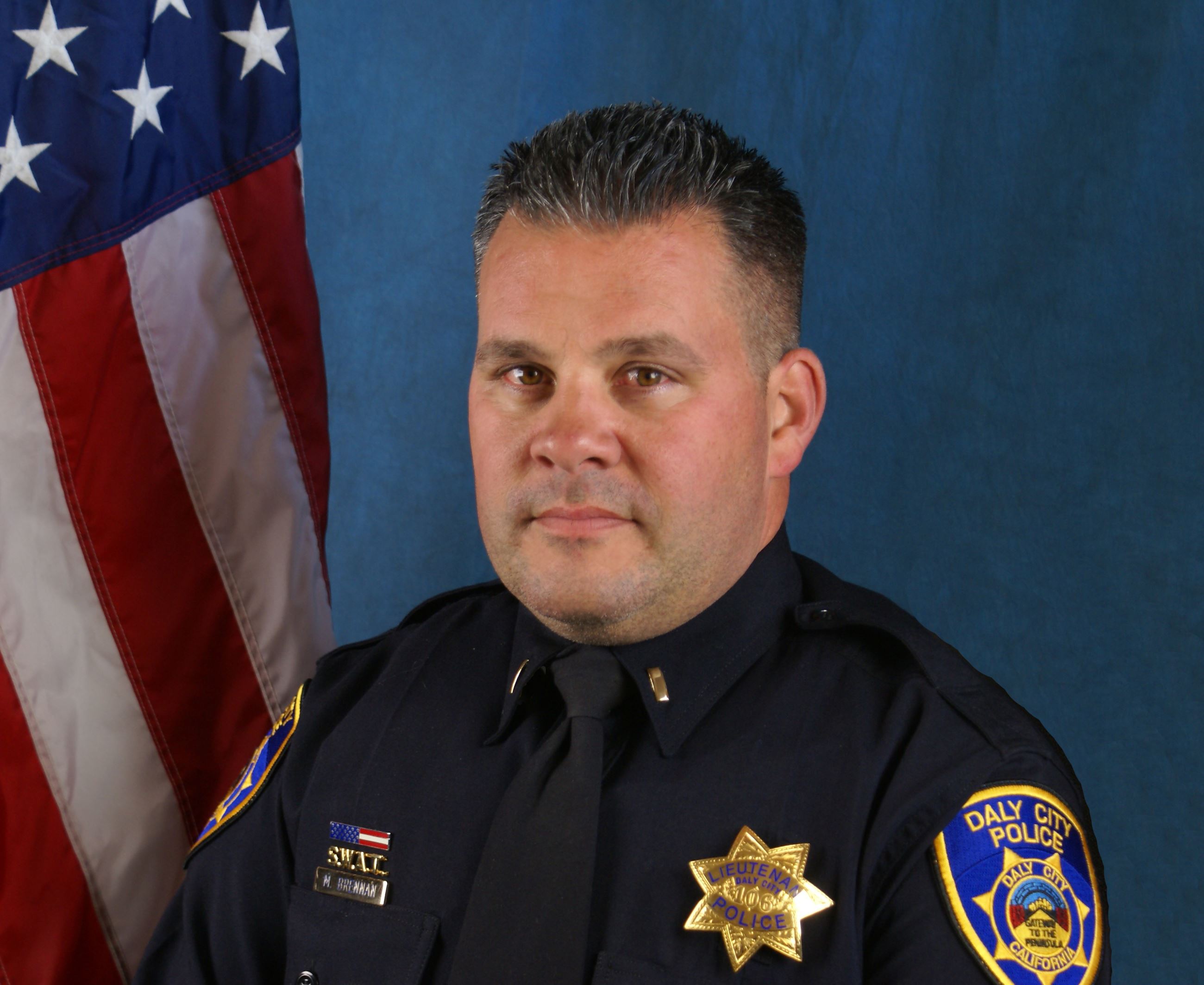